My birthday trip to Cambodia was a perfect jaunt composed of temple-viewing, fresh $1 fruit smoothies (rambutan aka lychee was my favorite), and sun drops on my skin. The timing was just right coming off an intense month of work where I logged over 120 hours of overtime, but I was also happy to return to the creature comforts of Tokyo after suffering from troublesome food poisoning (maybe not so in love with those fruit smoothies after all…). After walking in chaotic dirt streets alongside bicycles, motorbikes, and cars alike, and having to say ‘no thank you’ dozens of times each day to leery tuk tuk drivers and heartbreaking child souvenir salesmen, the first world guilt began to set in. This set of interactions when traveling to less developed countries is unavoidable, especially when visiting cities such as Siem Reap where tourism is overwhelmingly the source of income for residents. But gaining perspective on how people in other parts of the world live and what you really need to be happy is a large part of why I (and many nomads) relish traveling.

Still, my favorite moments are those suspensions of time when the curtain between tourist and local can slide away briefly, to open the interaction between humans. When there is no imperative to please and accommodate as a service provider, and you are able to relax and explore the similarities and values between people. The front desk supervisor of our hotel was a 24 year old student named Bun who we sat and chatted with in the lobby over Angkor beers during a lull in the day’s business. The next day was his day off and he was going with his friends to have a picnic and plant a tree. He told us he’d often gather a group of friends to ride their motorbikes to a neighboring area to spend the day eating and talking under the shade of benevolent arbors. I love the idea of using recreation to give back to the Earth rather than stripping and defiling it. Relaxation as volunteerism.

On another day’s respite from temple-viewing, my friend and I sipped coconuts in the shade of a roadside restaurant and the 17 year old girl whose family owned the place started chatting with us about her school. She asked me if I ever had people at school in America ignore me because I wasn’t as wealthy as them. I had to chuckle to myself a little bit, but I assured her that bullying and exclusive behavior happen as a teenager no matter where you grow up and that the best way to deal with it is to be kind and stick to the people who make you feel good and are there for you in spite of appearances. She seemed so determined and upbeat about her goal to graduate from high school that it made me feel strangely proud (see my picture of Min below).

Bun and Min were such happy, optimistic young people, and it heartened me to see the world through their eyes, if even for just that moment in time. 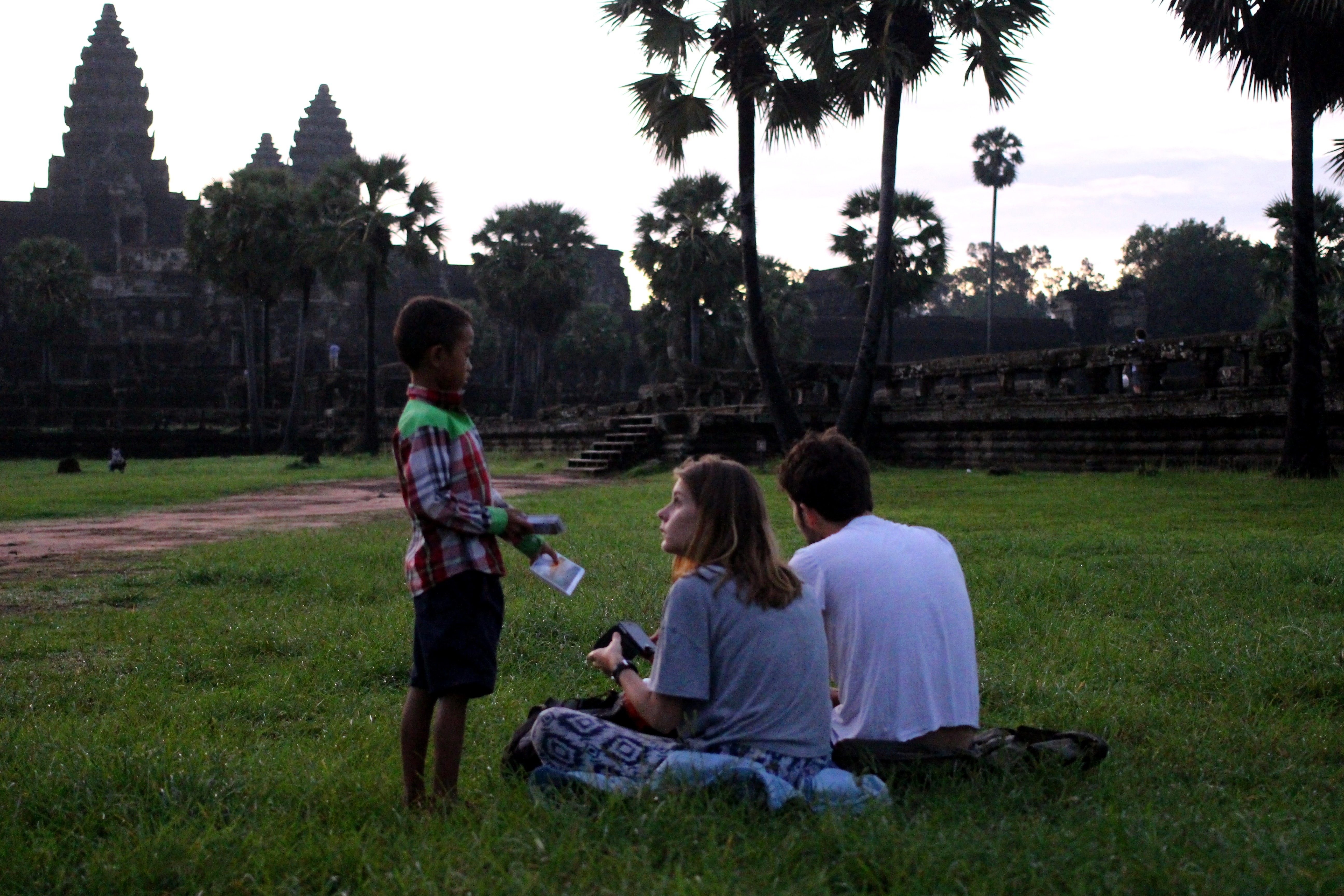 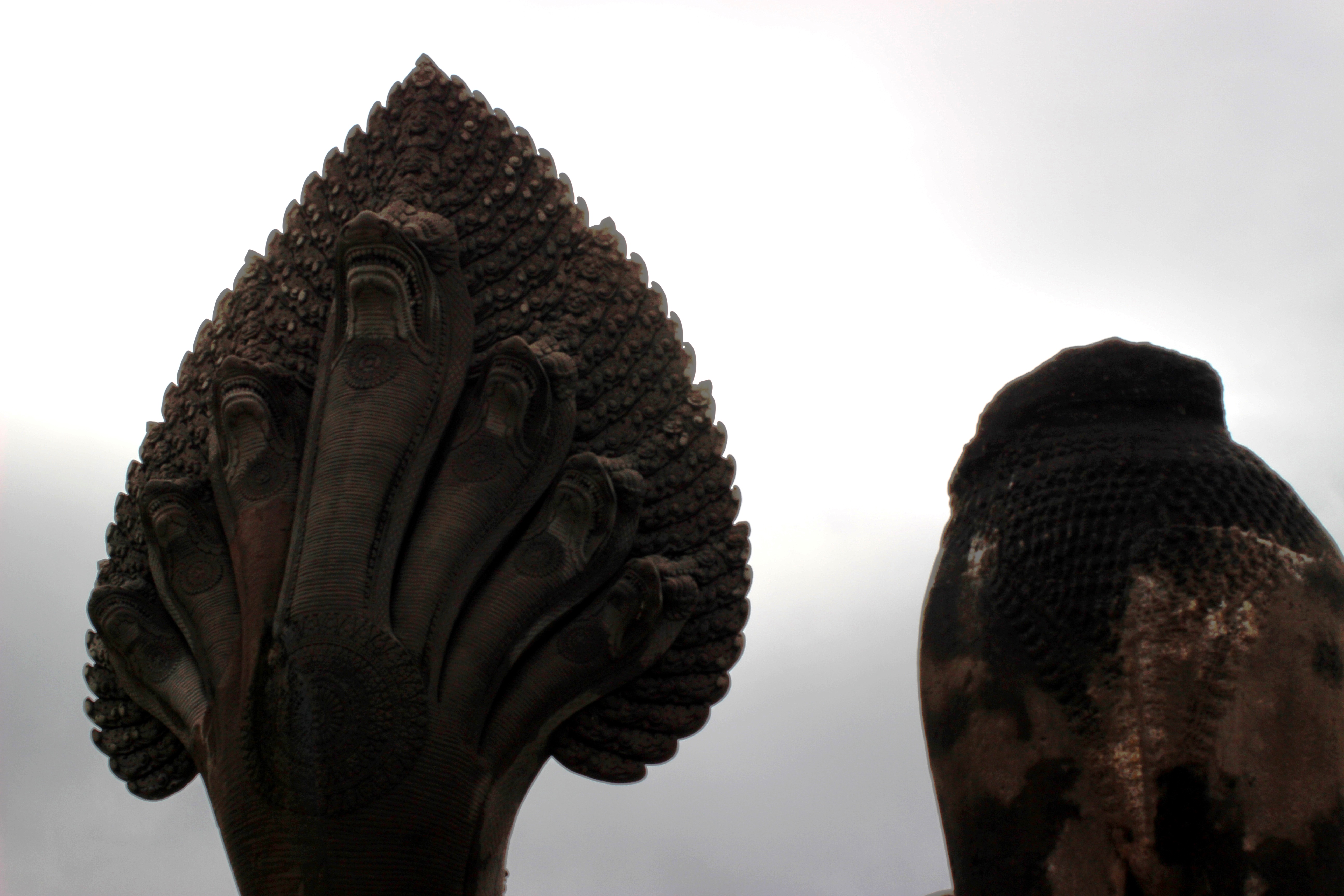 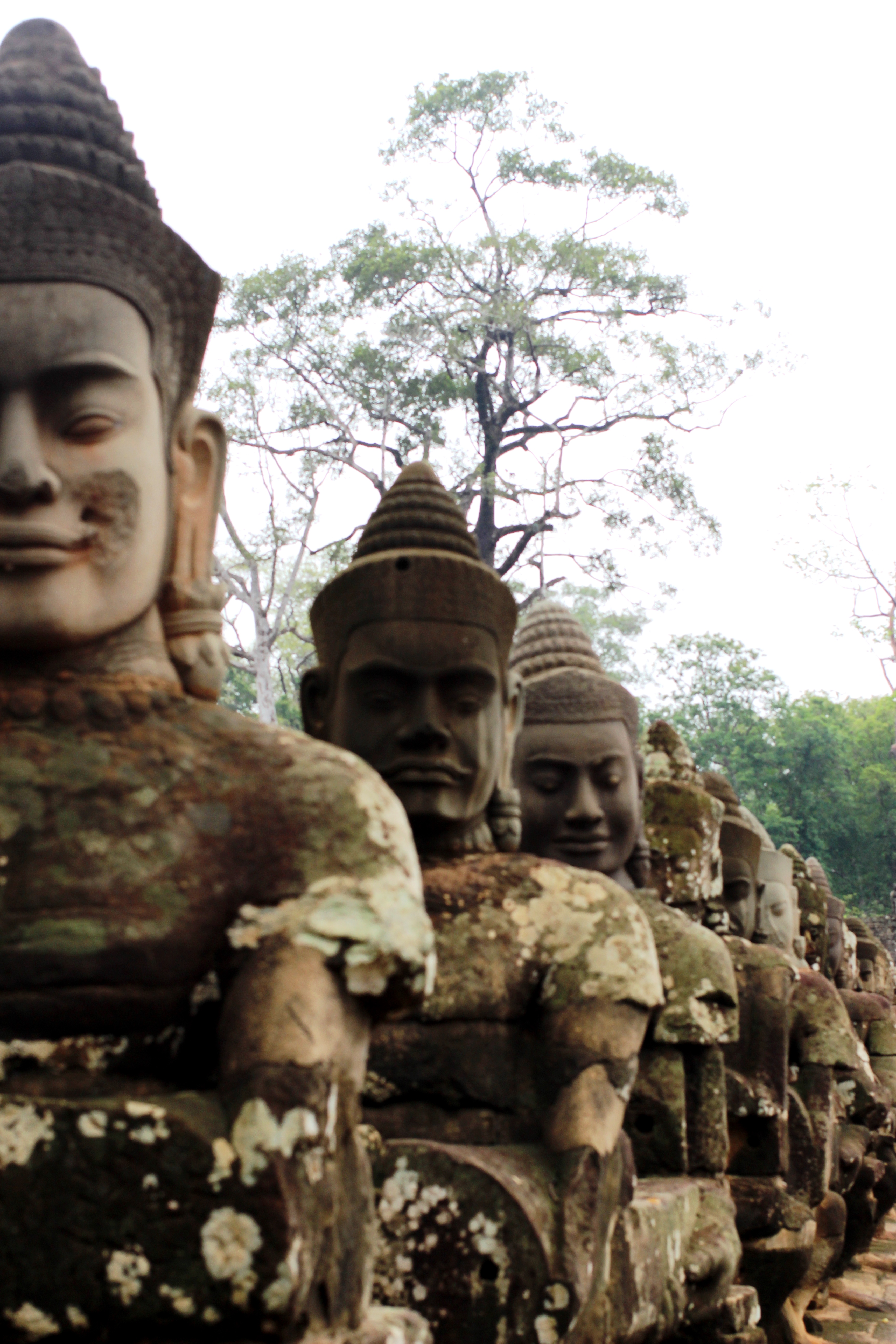 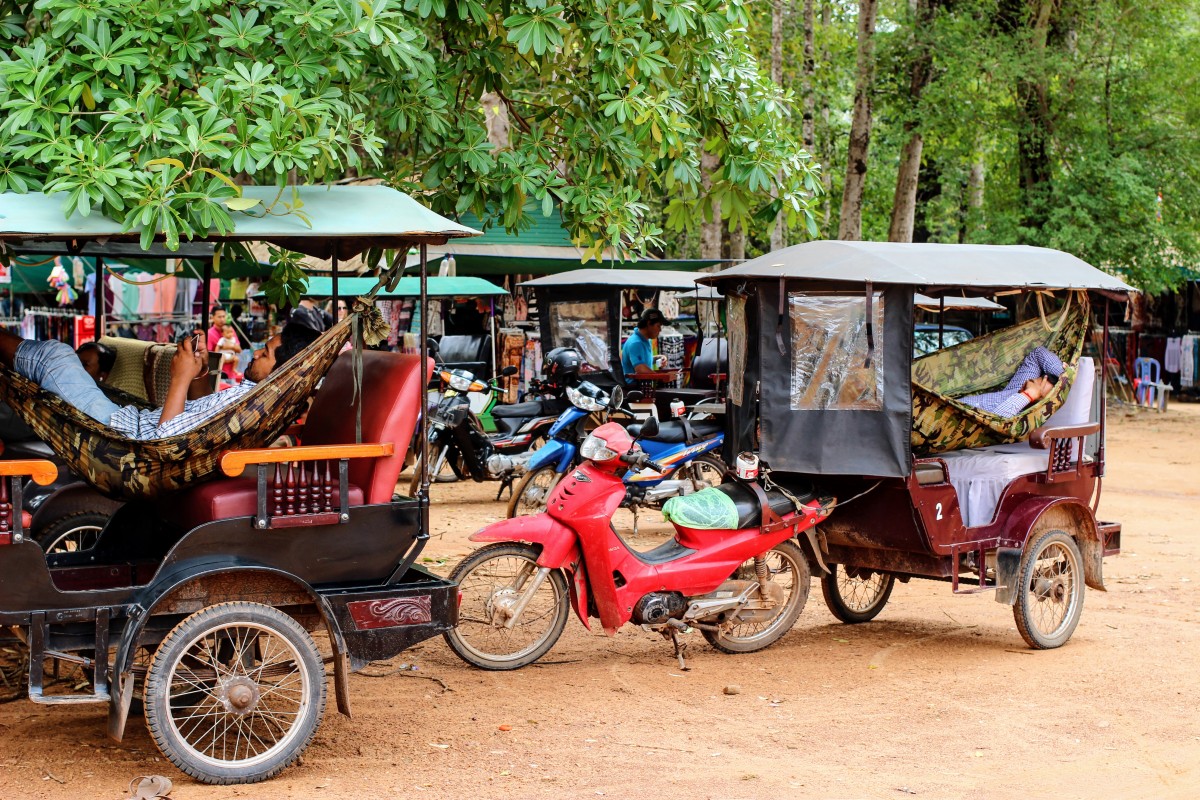 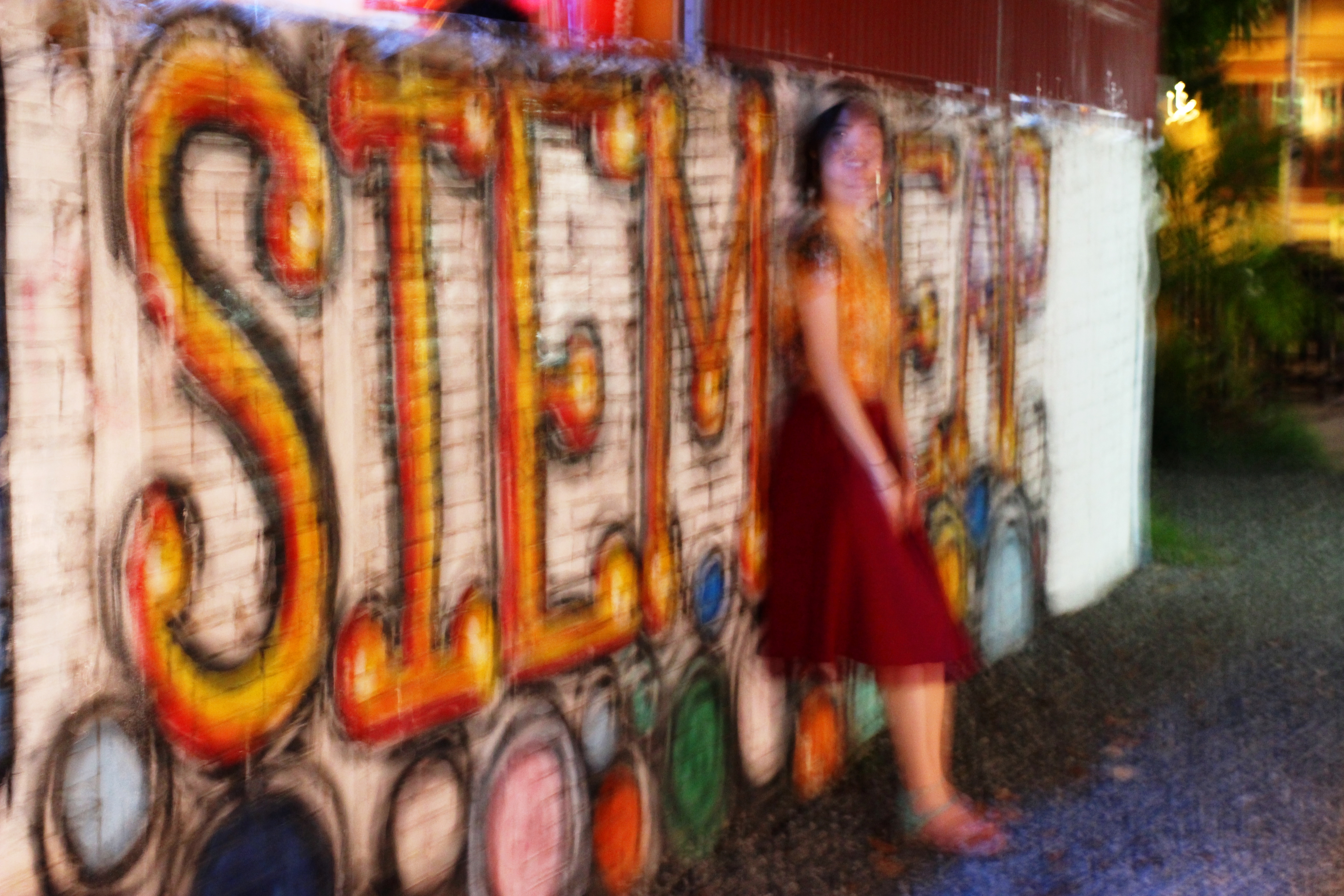 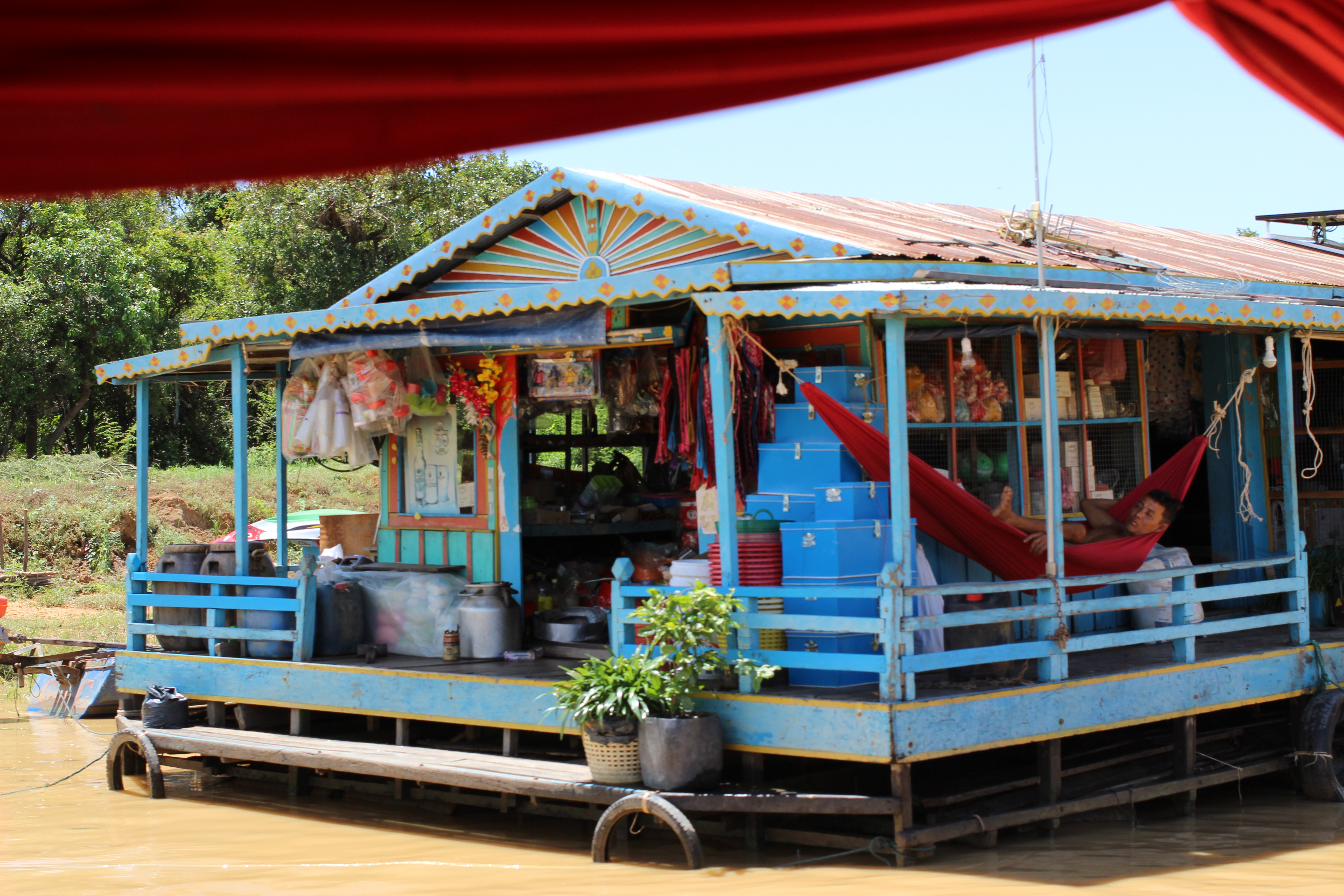 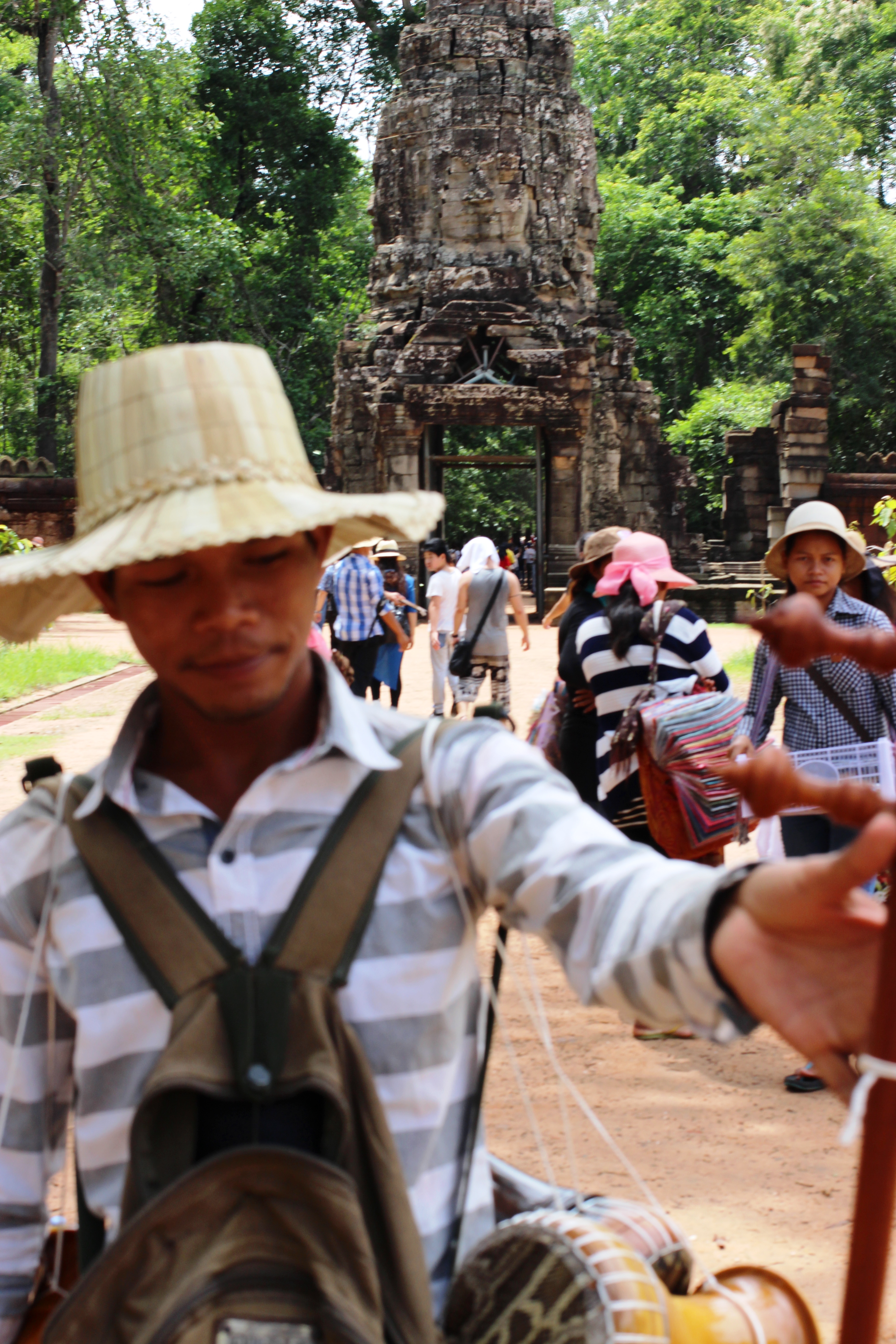 Cambodian riel is pretty, but don’t repeat my mistake of exchanging currency for it. You will likely get less than you would just scooping up USD. I exchanged 10,000 yen into riel and 10,000 yen into USD and received only 80 dollars worth of riel and yet 90 USD. All of the locals markets and mini marts quote their wares in dollars and you will avoid the problem of having to spend all of your currency before you leave.

Details: We stayed at the Diamond D’Angkor, which is more expensive than a hostel but still very reasonable at about $20/person, including a shuttle to and from the airport. The included breakfast is a tasty blend of Western and Cambodian eats, and the staff heard it was my birthday and surprised me with a meringue chocolate mousse cake which we shared. It’s a 5-10 minute walk to the night market and Pub Street, which is the main nightlife area in the city. The sensory stimulation was a bit on overdrive so I’d recommend walking a little farther away from the main drag and wandering down some dark alley where you’ll likely find a more relaxed spot. Also try to register for a visa online before you leave or at least avoid a fee by bringing passport sized photos for visa on arrival. AND don’t miss the Khmer coffee! It is so strong and delicious and the milk tastes more complex and interesting.

I really enjoyed learning about Cambodian history and exploring its rambling temples. I hope to return one day to visit its other cities, but next time, armed with preventive digestive medicine! 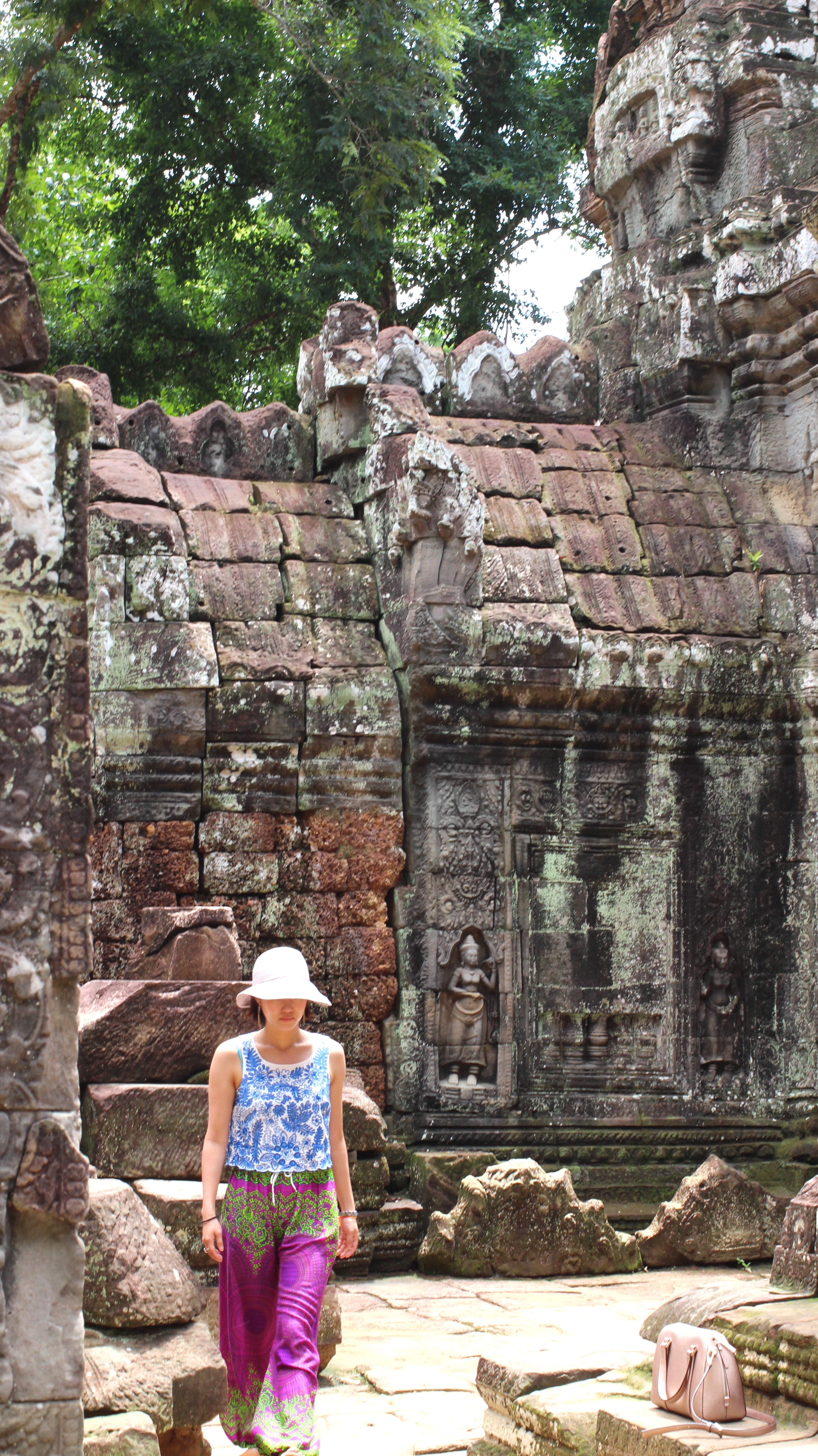